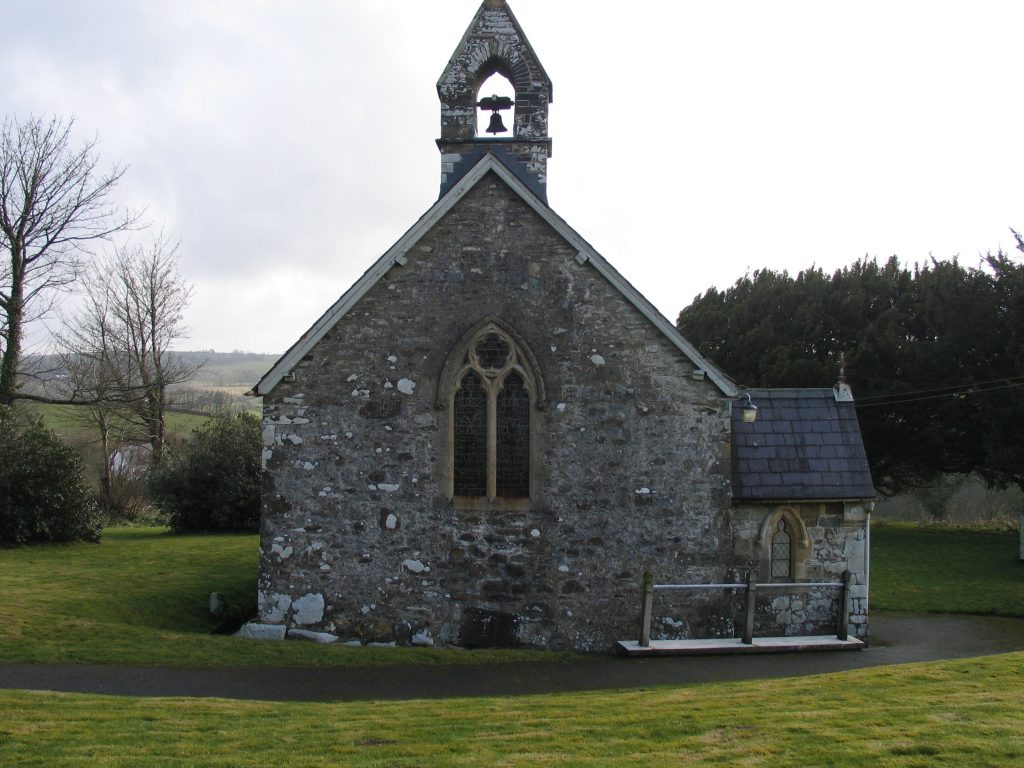 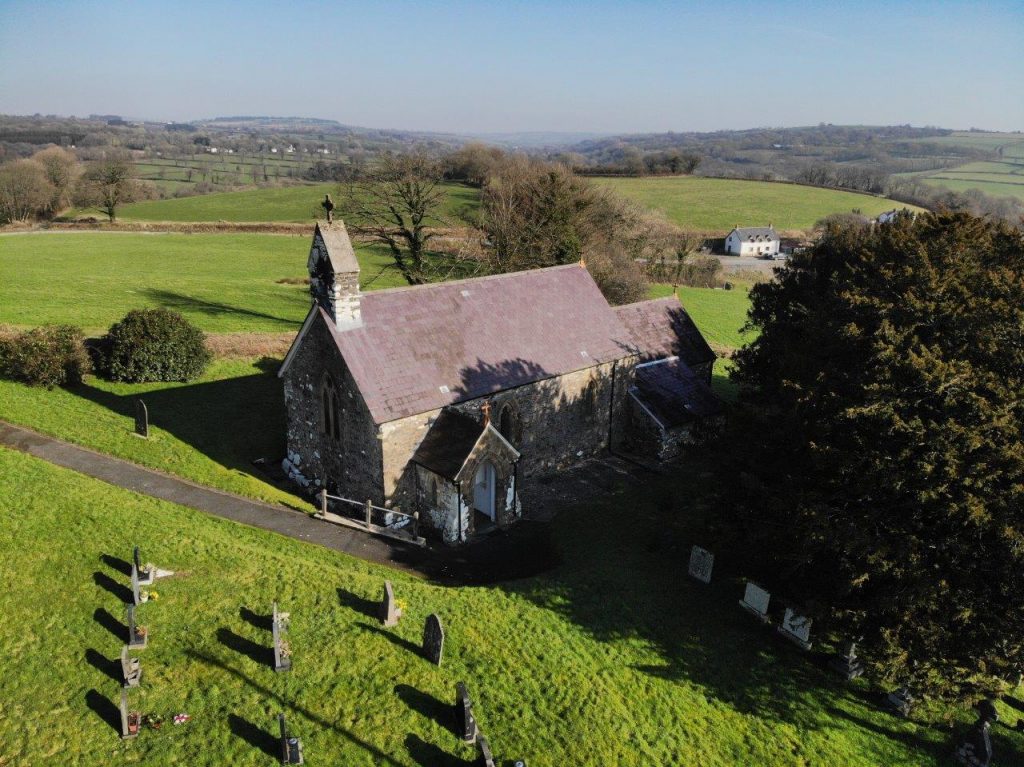 History of the Church

St. Cledwyn’s Church stands on a hill above the village of Llanglydwen. This Church is situated on a defensive site overlooking the River Taf. It is in the parish of Cilymaenllwyd and is one of three churches in the parish. The others are Cilymaenllwyd and Eglwys Fair. It is thought that the first building on this site was probably as early as the sixth century. It has played an important role in the life of the people since then.  This is the only church in the U.K. dedicated to St. Cledwyn. The Church is mentioned in records in 1291. It is said there is a connection with Tal-y-Llychau (which is on the other side of Carmarthen). In the 14th century it was under the jurisdiction of the priory of St. Clears. In the 16th and 17th centuries it was recorded as being in a very poor state. After the Reformation the Church was connected with the house of Dolwillym. The inhabitants (the Protheroes) were responsible for much of the work in the Church. The vestry was built by the Protheroes of Dolwillym early in the 18th century. They also built the lych gate in memory of one of the family members who died in the First World War.The churchyard is circular which denotes a very old graveyard; the belief was that evil spirits would lurk in corners! There is also a vault in the churchyard.The oldest item inside the Church is the font which dates from the 13th century. There is a Celtic cross at the entrance to the churchyard. It is a cross carved into a circle. Nobody knows much about the history of this cross but it probably dates back to between the 7th and 9th centuries. About 15 years ago two chalices, dating from the 16th and l7th centuries, were stolen from the Church. Last year a local farmer in the nearby village of Login was mending some fencing in a field when he discovered two old “cups”, by now well blackened. They turned out to be our long lost chalices. Surely it must mean that our little Church is not only meant to survive but also to thrive. With your help we feel sure it will.   Map of the area Hold down the CTRL key and press the (+) plus key to enlarge the map then hold down the CTRL key again and press the (-) minus key to reduce the map.