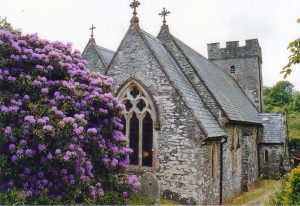 The church stands almost exactly at the centre of the parish, which has an estimated population of 600. It now contains the villages and hamlets of Tegryn, Star, Bwlchygroes, Llancych and Llwyndrain; The Tithe Survey (c.1830) credited it with five hamlets – Cravelli, Blaen, Blaenkerion, Cicydd and Tave; and a directory of 1875 listed ‘the small villages of Clydey, Star and Tegryn’

St. Cledwyn’s Church stands on a hill above the village of Llanglydwen. This Church is situated on a defensive site overlooking the River Taf. It is in the parish of Cilymaenllwyd and is one of three churches in the parish. The others are Cilymaenllwyd and Eglwys Fair. It is thought that the first building on this site was probably as early as the sixth century. It has played an important role in the life of the people since then.

Llanwinio Church was founded by St. Gwinio in the sixth century. The present Victorian building was built on the foundations of the Celtic building. Whilst the foundations were being built for the present church a stone with an inscription in Ogam was found. The inscription translates as Bivadus, son of Bodibeva. The form of the letters date it to the late 5th – 6th century and it is now in the Carmarthen Museum. There is also a very interesting stone built into the wall of the porch. 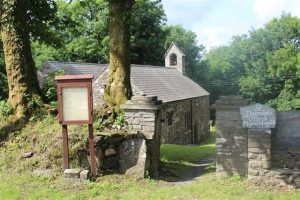 St Dogmael’s Church, Mynachlog-ddu has successfully secured a grant of £87,700 from the Government’s Listed Places of Worship Roof Repair Fund to address urgent roof repairs that  will ensure it is weather-tight, safe and open for use. It is one of 502 grants from a total funding package of £30 million that have been announced for urgent roof repairs for places of worship across the UK by the Chancellor of the Exchequer. The Fund is administered by the National Heritage Memorial Fund (NHMF) on behalf of the Department for Culture Media and Sport (DCMS). More details are available at www.lpowroof.orq.uk 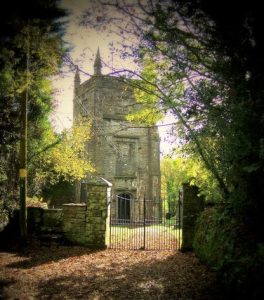 The church of St. Brynach, is a Listed Grade II building (17/02/2000) and the entrance gates to the churchyard of the church were listed as Grade II on 18/06/2004. Our Church is dedicated to Saint Brynach who is believed to have come from Ireland to act as chaplain to Brychan, the Irish Ruler with headquarters at Brecon. There has been a Christian Community in Llanfyrnach since the 5th Century. The construction is circa 1842 in a Victorian/Gothic style. A tower is attached at the west end, forming a porch with a partitioned vestry on the south side. Stairs on the north side lead up to the ringing chamber above. We have two bells in the tower but no bell ringer.